To coincide with the serving of its eight billionth ad impression, and following a surge in interest since COVID restrictions lifted, this week Admessenger rolls out new websites in the UK and Ireland in a bid to recruit more publishers and advertisers.

Digital display advertising is the workhorse of the digital advertising industry. It was the first ad format conceived to run across websites. Fast forward more than a quarter of a century and it still has more than a bit-part to play, accounting for just shy of £2bn in UK revenue or approximately 12% of the ad market in 2020 (Source: Statista, excludes Social Display). However, a lack of innovation and the predominance of mobile phones with their small screens as a means of accessing the Internet, have together conspired to make it more peripheral and crucially less noticed.

Admessenger addresses the mobile visibility and attention deficit challenge head on. Its superpower lies in its scrolling. Because the ad copy scrolls across the screen and disappears from view, people take more notice. Its origins lie with the ubiquitous scrolling news ticker, a trusted staple on most TV channels for disseminating important information quickly.

With an engagement rate, at least three times higher than that of standard mobile display ad units, the Admessenger format offers advertisers an inherent advantage.

It also presents publishers with the potential to earn more from their ever-increasing supplies of mobile ad inventory.  Existing publisher partners report that advertisers are paying more for the format precisely because it engages audiences at superior rates to that offered by standard display ads.

In our recent survey of Irish and UK publishers, 90% agreed that the Admessenger ad unit was more likely to meet or exceed advertiser expectations compared to other mobile display offerings. It also does a job in firing up sales teams, with 62% pitching it very often or often.

With this refresh, we are looking to expand our publisher footprint and to helps sales teams sell more. On the advertiser and agency side, we are looking to bring new energy and fresh thinking to the digital display market with a simple proven ad unit which outperforms its rivals every time.

Commenting on the eight billionth ad milestone, Jeremy Playle, Managing Director of Ads360 said, “Admessenger is proven. Its scrolling format is distinctive. And we as consumers pay more attention to it. Publishers like to sell it as it improves overall campaign performance and attracts higher yields. Advertisers re-book as the format gets attention and more than holds its own when compared to the performance of other formats. Put simply, Admessenger will add value to every media plan with a mobile display component. Guaranteed.”

For any enquiries, please visit our website at ad-messenger.co.uk or email us at hello@ads360.co.uk

An introduction to Admesseger – The Power of Scroll.

A Media Agency Perspective. Presented on the 7th October 2021. For any enquiries, please visit our website at ad-messenger.co.uk or email us at hello@ads360.co.uk

To coincide with the serving of its eight billionth ad impression, and following a surge in interest since COVID restrictions lifted, this week Admessenger rolls out 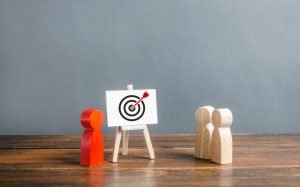 In this update we look at the way in which privacy initiatives from Apple’s IOS 14.5 to Google’s forthcoming ban on 3rd party cookies is impacting

Ready to work with us?

If you are interested in working together, send us an inquiry and we will get back to you as soon as we can!

This website uses cookies to improve your experience while you navigate through the website. Out of these, the cookies that are categorized as necessary are stored on your browser as they are essential for the working of basic functionalities of the website. We also use third-party cookies that help us analyze and understand how you use this website. These cookies will be stored in your browser only with your consent. You also have the option to opt-out of these cookies. But opting out of some of these cookies may affect your browsing experience.
Necessary Always Enabled
Necessary cookies are absolutely essential for the website to function properly. These cookies ensure basic functionalities and security features of the website, anonymously.
Functional
Functional cookies help to perform certain functionalities like sharing the content of the website on social media platforms, collect feedbacks, and other third-party features.
Performance
Performance cookies are used to understand and analyze the key performance indexes of the website which helps in delivering a better user experience for the visitors.
Analytics
Analytical cookies are used to understand how visitors interact with the website. These cookies help provide information on metrics the number of visitors, bounce rate, traffic source, etc.
Advertisement
Advertisement cookies are used to provide visitors with relevant ads and marketing campaigns. These cookies track visitors across websites and collect information to provide customized ads.
Others
Other uncategorized cookies are those that are being analyzed and have not been classified into a category as yet.
SAVE & ACCEPT